14 May What if money grew on trees? – A Sunday morning dream…

Do we need to rethink or replace Capitalism?

In “Sapiens”, a book that challenges us to ponder on the characteristics of our species – the author Yuval Noah Harari, debunks the reasoning of another author, Adam Smith. Smith wrote the “The Wealth of Nations” in 1776. It set the standards for the moral and political arguments in favor of capitalism.

According to Harari, Smith reasoned, ‘…if I am poor you will be poor too, since I can not buy your products or services, but if I am rich, you too will be enriched since you can now sell me something…’. This sounds like a solid argument for an infinite growth of wealth based on the rule set of capitalism. But although the claim, ‘…that the selfish human urge to increase private profits is the basics for collective wealth…’, might be one of the most revolutionary ideas in human history, Smith denied the contradiction between wealth and morality, according to Harari.

Is having morals inherent to Capitalism how it was meant to be?

In Smith’s reasoning, being rich meant being moral. He pictured a world in which the rich don’t despoil their neighbors, but continuously increase the overall size of the pie as the most useful people in society. Maybe back in Smith’s days the quote “Noblesse Oblige” was still a moral standard?

But as Harari rightfully says, this formula works beautifully as long as the rich use their profits for re-investments in actual capital, like creating new or improved businesses that hire new employees. But when more and more people lack the moral and wisdom to reinvest in capital and waste the larger part of their money on unproductive activities and decadence, or sit on a growing pile of money that has little value to the economy, the system works in reverse. The so called rich are no longer the drivers of growth and distribution of wealth, but they become leeches that deplete the economy’s resources.

Those types with money picking machines…

In my early morning meditation, I imagined a forest with money-growing trees. I pictured myself and others plucking all the money we needed to create and grow our businesses. Some people saw that some trees where wearing out and the soil needed fertilization. They came back and reinvested their profits in fertilizer and the planting of more trees, creating more wealth for themselves and others. Others however took much more money than they needed and came back to plant just a fraction of the trees needed to make up for what they took. These types looked fat and shiny with their pockets full of money that was not being put to use. They even brought machines to pluck more money at a faster pace. You can easily imagine how it will work out for my beautiful forest if the latter types would grow in number. However if these types adopt the behavior of the other group my forest might grow to infinity.

This all made me think of a few numbers Jacobs and Mazzucato highlight in “Rethinking Capitalism.” Between 2004 and 2013 share buy backs by Fortune 500 companies amounted to $3.4 trillion. In 2014, these companies had a total net income of $847 billion, but they returned $885 billion back to their shareholders. Then consider the ILO calculations on the relation between labor productivity versus real wage growth. Since 1999, the labor productivity has grown at almost three times the rate of real wage growth in over 36 developed countries. These figures seem to indicate that the economy is being eaten away from the inside out while the rich are wearing out its assets and certainly not supporting Smith’s reasoning.

Can we still call it Capitalism?

On the other hand there is a lot of talk of a circular economy these days, hinting to an awareness that the workings of our current economic system is becoming a direct threat to our future. But do we need to transform capitalism to a circular economy or simply redefine the requirements for a form of capitalism that benefits everyone? Can we even refer to the current system as a true form of Capitalism? Since it seems to waste capital more than develop it?

Isn’t it all in our minds? The whole freaking economy is a figment of our collective imagination and trust in the current value of money, assets and future gains, right? All living creatures experience the value of trees as tangible, physical entities, however none but humans have any idea about the existence of our economy. It only exists in our heads. So if it’s all in our imagination, we can re-imagine it. And there is little reason not to give it a try. Wow, I sound so incredibly naive, yet at the same time I can’t argue with myself. But I am hardly an economist.

Can we make Capitalism great again?

Couldn’t any child understand that if she and her kindergarten friends plant one apple-tree for every ten or so apples they eat, they will have an apple abundance? Where as if they don’t, apples will seize to exist? Can’t we try to develop a sense of awareness that makes us reflective of whether we are contributing or leeching on what capitalism really should be about? Abundance for all? Just a Sunday dream… 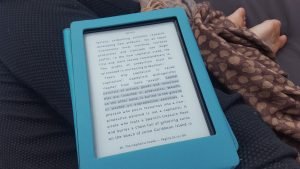